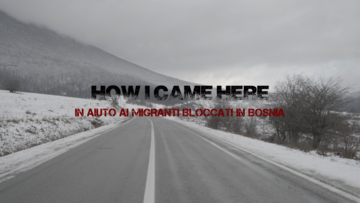 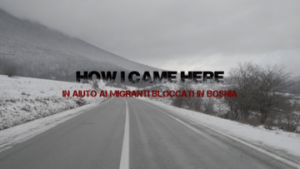 We are an informal group of Italian activists operating in different part of Italy and in the Balkans, linked to Mediterranea Saving Humans, Openarms 20K, ASGI.
We organize humanitarian mission (food, supply, clothes ands others stuff) in Bosnia since June 2018 collecting stuff with ARCI Italia and money trough events and crowdfunding. We are
coordinating (with UNHCR) a settlement procedure for three Syrian brother and a refugee from Palestine actually blocked in the Borici camp (Bihac).

During our mission in Bosnia Davide Rabacchin and Enrico Masi realized the documentary (Caucaso Factory production, www.caucaso.info) “How I came here”, the first part of a documentary project about the violation of human right along the European borders.
We try to collect video proof of the violation using hidden camera but without succeeded until now.

The documentary is around 30’ and we want to speak about the migration crisis, the violence and the violation of human right and the European low on asylum along the Balkan route.